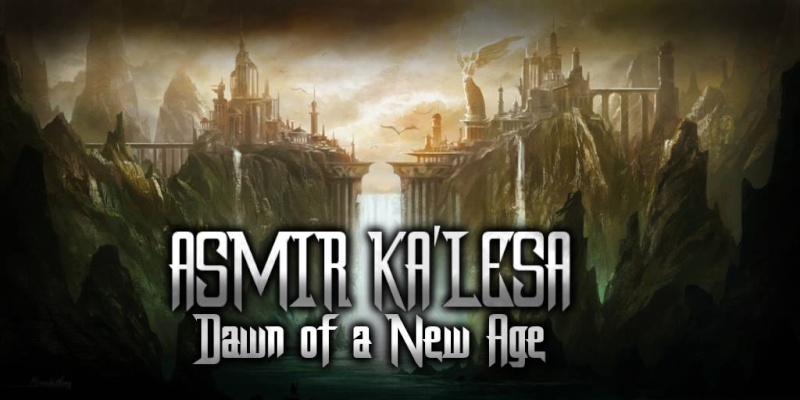 There are 9 clans that make up the elite caste of the heanta. Each clan has a leader, who is usually a desendent of the clan's founder from centuries ago. Most heanta are known by their clan name, though some do adopt family names to make them stand out from their clan. Though there is much maneuvering and sometimes outright fighting between clans, they have managed to keep the balance Ren the Hornless established when he united the clans.

Clan Vandel: Led by Roth Vandel, the current Warlord of the heanta. Other notable members of the clan include Saivene Marin and Korroth Vex of Clan Vandel.

Clan Sarkus: Led by Kran Sarkus, who once tried to remove Keral Dakorius from power to take the spot of warlord for himself.

Clan Dakorius: Led by Karine Dakorius, sister to Keral Dakorius. She took control after Keral was slain by Roth Vandel.

Clan Hornless: Led by Celeana The Hornless, Clan Hornless is the newest clan to be formed, granted it was more than 1000 years ago. It is the only clan to be known by Title rather than the founders second name, and was founded by Ren the hornless. Clan Hornless is one of the smallest clans, with only a few families loyal to Celaena. Many of these families are desendents of Ren's freinds and battle brothers and sisters. It should also be noted that the majority of clan hornless actually have horns, and only direct desendents of Ren himself are hornless. Notable members include Celaena's daughter, Valatrix The Hornless, and Kairth Yandora.

Clan Rakoris: Led by the enigmatic Jakken Rakoris, Clan Rekoris is renowned for its development of the Drakna, heantan battle gauntlets designed for hand to hand combat, and the brutal martials arts Drak'Rakor that goes along with it. Clan Rakoris has a very strong relationship with Clan hornless and Jakken Rakoris is responsible for training Valatrix in this way of fighting, and considers her an honorary member of the clan. Notable members of the clan include Sigdrifumal "Sig" Braene.

(There are four other clans that will be added as I think of them, and i'm open to suggestions if someone has a good one. Keep in mind your character can be of the clan leaders family, but cannot be the clan leader themselves.)
_________________
Valatrix "Vala" Of The Hornless Clan A-5 Heanta
Bethany "Mercy" Merciallus A-5 Asentari
Korroth Vex Of Clan Vandel A-5 Heanta
Lilian Toral A-5 Human